Black Friday, is the Friday immediately after Thanksgiving and it marks the start of the Christmas shopping season. Black Friday 2021 will kick off on November 26 but Black Friday sales have already begun and will continue all month. Black Friday is more than just a one-day sales event, or even an extended weekend tradition.

A brief history of Black Friday

The very earliest use of the phrase Black Friday dates to 1869 and had nothing to do with Christmas shopping. It was the day plummeting gold prices caused a market crash, the effects of which were felt by the U.S. economy for years.

Following a law that passed in 1941 that officially made Thanksgiving the forth Thursday in November, in the early 1950’s people began calling in sick the day after Thanksgiving, both to extend their holiday and to take advantage of the fact that stores were open. Rather than cause a HR headache by trying to determine who was genuinely sick and who was playing hooky, many bosses decided to include the Friday after Thanksgiving as an additional paid holiday. This trend spread, and soon many people were taking advantage of the extra day to get a head start on their Christmas shopping.

By this point the Friday after Thanksgiving had officially become associated with shopping, but the real reason as to how Black Friday started, is all thanks to the Philadelphia police department.

“Black Friday” is the name which the Philadelphia Police Department has given to the Friday following Thanksgiving Day. It is not a term of endearment to them. “Black Friday” officially opens the Christmas shopping season in center city, and it usually brings massive traffic jams and over-crowded sidewalks as the downtown stores are mobbed from opening to closing. 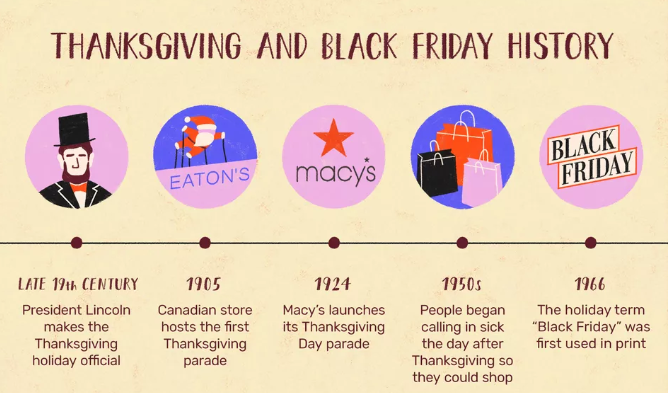 Black Friday around the world

Along with the UK and USA, Black Friday has emerged in other countries across the globe including Brazil, India, France, Norway, Romania and Germany.

Mexten promoting a range of discounts and deals to consumers. Save big on new tech, stylish fashion & decor, holiday gifts, and more with these huge sales.

Up to 80% off by Mexten! Use coupon code: blackfriday